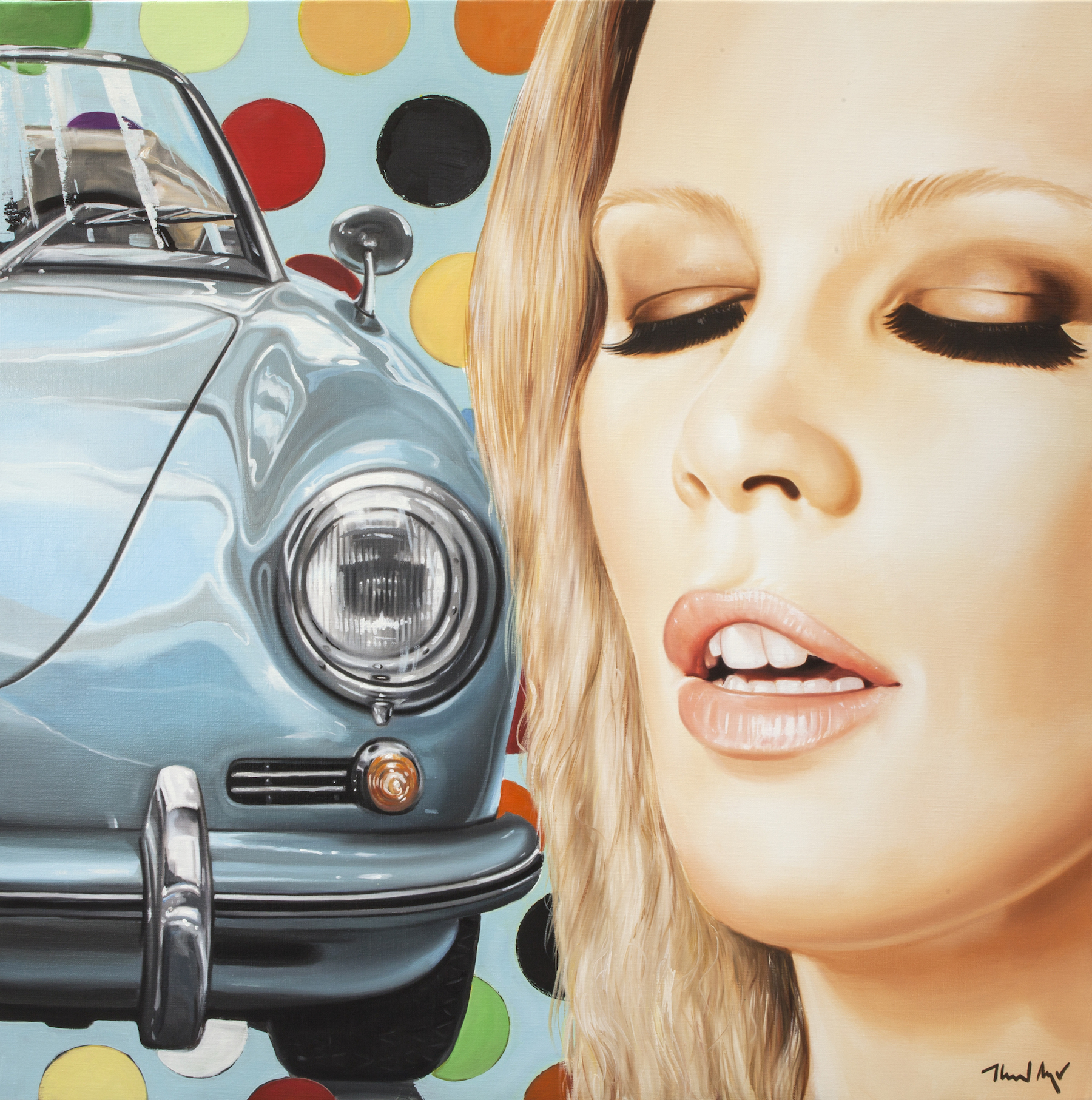 In Part 2 of this year’s festival exhibition 2CforART in Salzburg presents recent works by Heiner Meyer. The vernissage is taking place on Saturday, 13th of August at 11:00 pm. The artist will be present.

Heiner Meyer’s works often deal with luxury goods and investigate the iconisation of people and objects. He glorifies the dream of life by placing stars in pose and elevating the glamor of his paintings by means of status symbols. The game with the facets of desire and lust are recurring motifs in the paintings that deliberately incorporate familiar pictorial quotes. The plethora of images in the media world sparks far-reaching chains of associations that elicit the mostly only vague impression of having already been seen, whether actually experienced in person or just seen / heard / read in the media.

Yet when one takes a closer look at these visual worlds, they are in now way one-to-one depictions of the world of fame and wealth; rather Meyer incorporates sufficient open space to dream in each of his works. Meyers works are based on situative elements whose visual choreography is meant to stimulate our dreams. Painting in the manner of the Old Masters and equipped with hyperaesthetic acumen, the painter evokes dream images in us that are triggered by his works of art. Meyers art is a door into the world of Surrealist fantasy.

Heiner Meyer does not want to enlighten or teach us anything in any of his paintings, rather he is a master of allusion to his and our dreams. For all of his paintings are based on dream thoughts about whose analytical access Sigmund Freud wrote the following: The content of the dreams, however, does not consist entirely of situations, but also includes disconnected fragments of visual images, speeches and even bits of unmodified thoughts.

For on the surface it is his painterly skill that makes an impression. In a second step, he presents well-known things or forgotten heroes, and it is not until he reaches a further level that is decisive for understanding the picture does he carry us off into the depths of seemingly Surrealist mind games that alternate between dream and magic.

In his art, Heiner Meyer brings the grand stage oft he world into his pictures by painterly staging prominent subjects and paints works of art in oil whose timeless beauty and imperishability have an advantage over real life. His stage of desires is a tribute to the vanities of our world. Meyer’s former spiritus rector, Salvador Dalí would have presumably taken pleasure in Meyer’s works which make men’s dreams come true in a masterly painting technique.

With suggestive force, Meyer opens up a new chapter in the history of the irony of the banal, which was propagated by the Surrealists as well as Pop artists artists in equal measure. And the Bielefeld-based artist flirts with numerous isms of art history with explosive painterly force and in doing so develops an oeuvre that has not chosen a corrective balance but real-fictive limbo as a visual maxim.

Heiner Meyer was born 1953. He was a master student at the Academy of Fine Arts Braunschweig and Salvador Dalí’s assistant. Heiner Meyer lives and works in Bielefeld and is one of the most popular pop art artists of the second generation. His work is represented worldwide from San Francisco to Beijing from reputable galleries. He has so far been shown in more than 200 museum and gallery exhibitions. There are more than 50 publications covering his work, most recently a very comprehensive catalog on the occasion of his exhibition at the Ludwig Museum in Koblenz. Many of his works are in museums and private collections. His collectors include Hollywood stars like Whoopi Goldberg and Tommy Hilfiger or the Würth Collection. 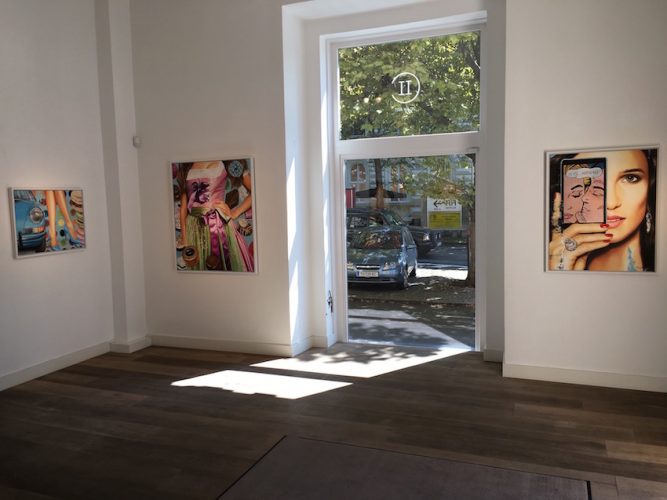 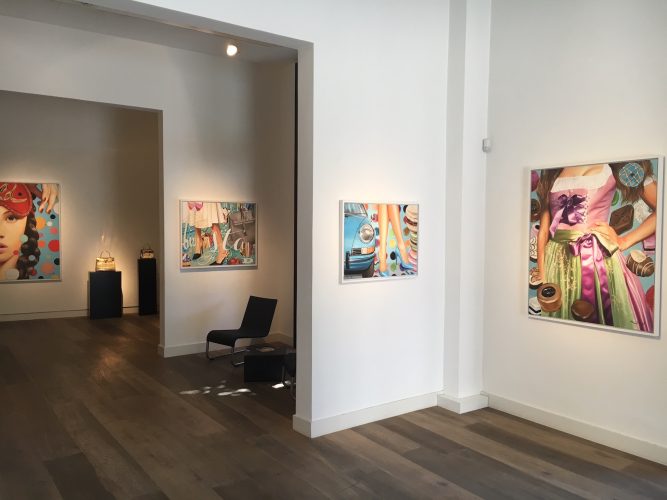 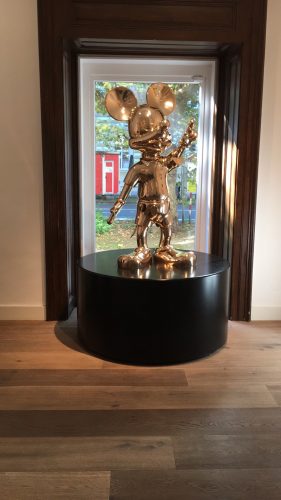 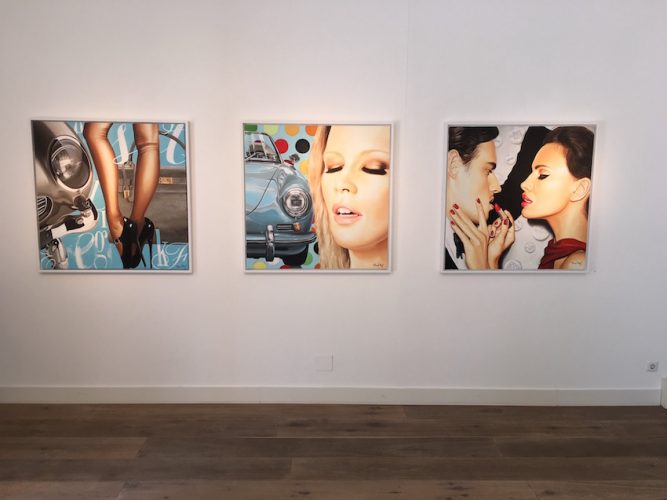