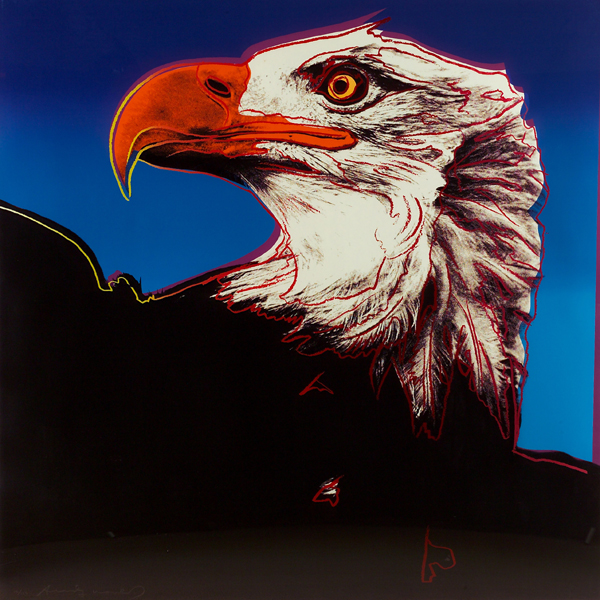 Andy Warhol was born 1928 in Pittsburgh, he is the main representative of American Pop Art. 2012 is the 25th anniversary of Warhol´s death. On this occasion the exhibition shows a total of 25 works from different phases of the artist. In addition to portraits of legends such as Mick Jagger, Muhammad Ali or Andy Warhol´s self-portrait the exhibition presents historical figures such as Sitting Bull and General Custer. The exhibition is a cross section through the rich oeuvre of a legendary artist’s life . A tribute to the art-historical revolution starring Andy Warhol.

Andy Warhol was born in 1928 in Pittsburgh. In 1952 he had his first show as an artist in New York’s Hugo Gallery . His first group show at the Museum of Modern Art followed in 1956. In the 1960s Warhol had his breakthrough with his world-famous icons of the 20th Century: “Campbell Soups”, “Disasters” and ” Marylins”. In the 1970s Warhol created works such as Muhammad Ali, Mick Jagger, Hammer & Sickle which are part of the exhibition as well as many commissioned works. The most famous works of the 80s are from his series “Myths” (Dracula, The Shadow , etc.) , Endangered Species (African Elephant, Bald Eagle, Turtle, etc.) and the series “Ads” (Volkswagen , New Spirit – Donald Duck , etc.) in which he deals intensively with the phenomenon of mass media and advertising. The series “Cowboys and Indians” (General Custer, Northwest Coast Mask, Plains Indian Shield, etc.) is another focus of this exhibition. Warhol was also author, filmmaker, music producer and publisher. With his extensive body of work he is the epitome of Pop Art. Andy Warhol died on 22 February 1987 from the effects of a surgery. 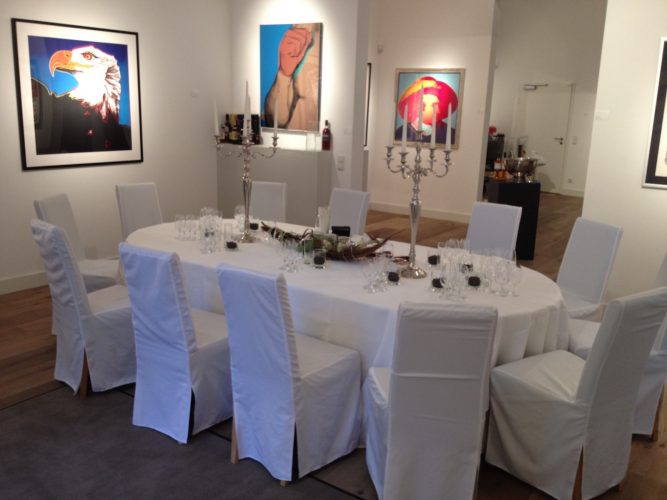 Installation view 1 »
We use cookies to ensure that we give you the best experience on our website. If you continue to use this site we will assume that you are happy with it.Ok