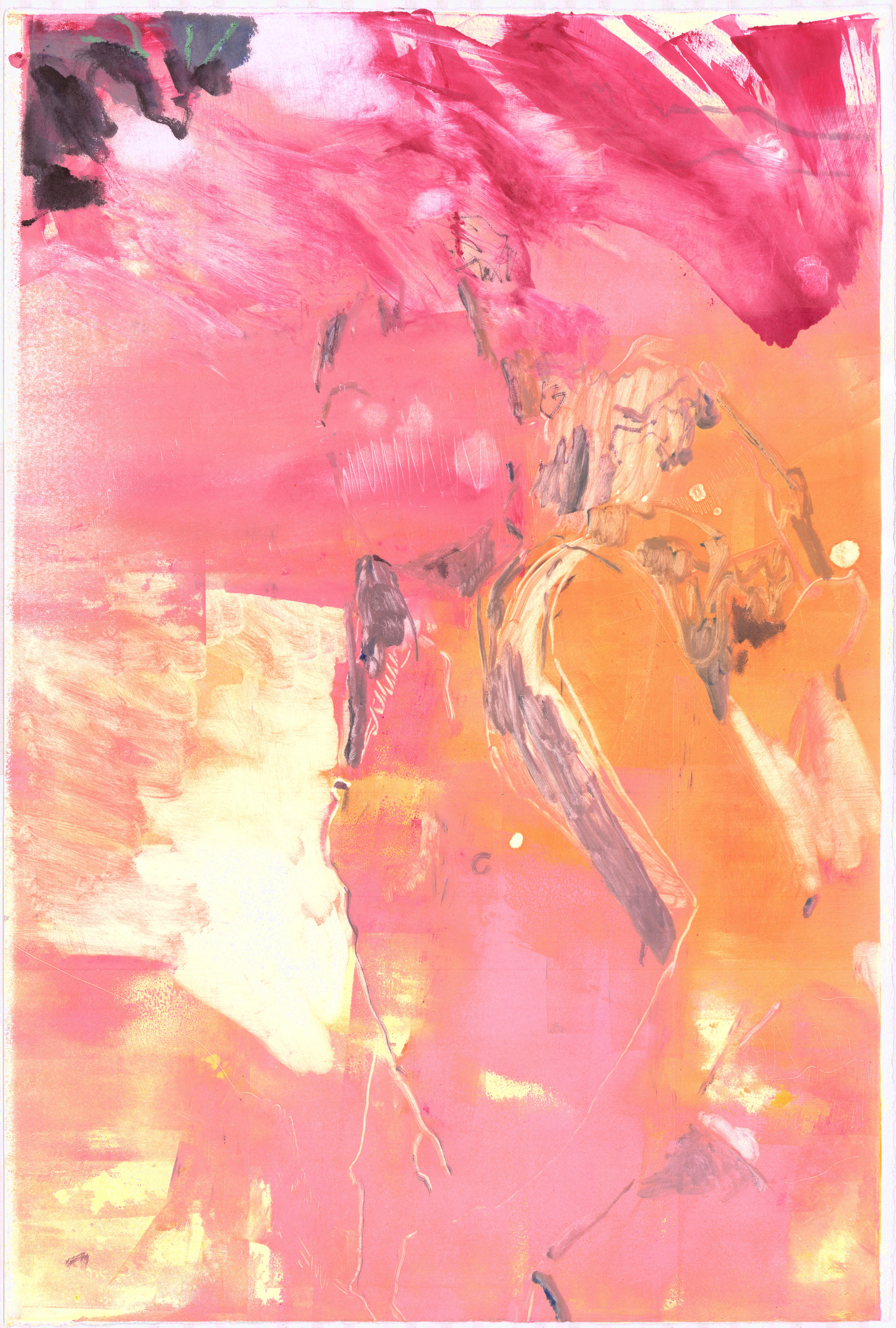 This year's autumn exhibition Mating is a tough competition. Female Paperpositions, refers to the often tough establishment of women in the art world as well as the visual construction processes of eight female artists in the field of contemporary prints and graphics.

The group exhibition unites eight quite provocative positions of young and upcoming artists who live and work in Austria and shows their very different contemporary ways of dealing with the medium: drawing is a very concentrated, intimate act that often offers approaches to spatial-installation work. Pictoresque effects play also an important role in the realization of the prints, in addition to the enormous knowledge in technical basics that the eight female artists have appropriated. The focus of the show is on the choice of motifs, the influence of social aspects, personal experiences or travel impressions, which are implemented in the artistic practices.

The exhibition brings together artists who have graduated from academies as well as those who return to various graphic techniques in the independent European print-scene. Their refined and technically perfectly realized works inspire with ironic representations, sensitive but also provocative themes and details.

*1993 in Klagenfurt, Carinthia, AT, lives and works in Vienna, AT
Assunta Abd El Azis Mohamed studied graphics and printmaking techniques at the University of Applied Arts Vienna. Her partly monochrome ballpoint pen drawings are satirical studies of the longings and lifestyles of her generation in Vienna. Elements of anatomy, medicine, social aspects are part of her detailed pictorial narrations. Her works are present in numerous important private collections in Vienna, Barcelona, ​​London, Berlin, Zurich and Lugano.

Johanna Eisl
*1995 in Bad Ischl, AT, lives and works in Salzburg, AT
Johanna Eisl graduated as a graphic designer in 2015. The young female print-activist works mainly with screen printing and linocut as well as in the digital field. Her motives and themes are influenced by subculture and left-wing politics, in which she moves. The female and queer body, identity and collective experiences, sexuality and (re-)constructed aesthetic norms are themes in her prints. Eisl's works are regularly published in the feminist magazine an.schläge.

Tina Graf
*1997 in Taitung, Taiwan, lives and works in Salzburg and Vienna, AT
Tina Graf graduated in Fine Arts and Design at the University Mozarteum, Salzburg in 2019. Since autumn 2019 she studies graphics and printmaking at the University of Applied Arts, Vienna (class of Jan Svenungsson). The human body, female empowerment, specific women's roles in everyday life and in society do stand in the center of her prints and large-format paintings. Currently, the artist is working on commissioned paintings for the Schlosshotel Fuschl am See, AT.

Birgit Graschopf
*1978 in Vienna, AT, lives and works in Vienna, AT
Birgit Graschopf studied artistic photography at the Academy of Applied Arts in Vienna. In her works, she combines the medium of photography with aspects of drawing and the style of perforation. Society and the human body are central aspects in her current perforations and early drawings on Japanese rice paper. Graschopf's works can be found in Austrian museums, e.g. the Albertina in Vienna or the Museum der Moderne Salzburg, as well as numerous private collections all over Europe.

Inga Hehn
*1984 in Linz, AT, lives and works in Ottensheim bei Linz, AT
Inga Hehn studied Fine Arts at the Art University in Linz and graduated in 2013 with a focus on painting and graphics. She works and experiments with various prints- and graphic-techniques. A central motif in the Salzburg exhibition is the large format and modifiable lithographic collage in 30 parts, which has been assembled into a large-scale composition. In addition to monumental paper works, Hehn also produces meticulous ink drawings. The motives of her works are reminiscent of organic structures and fragments of bodies.

Nina Prader
*1990 in Washington D.C., USA, lives and works in Berlin, DE and Vienna, AT
Nina Prader studied at the School of Fine Arts / TUFTS University and graduated in 2013 with a Master's degree in Critical Studies at the Academy of Fine Arts in Vienna. The female artist, curator, freelance author and speaker runs the publishing label Lady Liberty Press. She follows independent publishing practices and realizes zines and artist's books. She uses the Risography to realize radical artistic goals in her work. In her 2010 Gumball-Universe-poster-series, the retro gumball machine, which she developed as a zine facilitator for the exhibition Museum as a Space of Action at the Museum der Moderne Salzburg in 2017, moves into the foreground of the image and becomes an iconic guidepost for the cultural society and economy of exchange.

Ekaterina Shapiro-Obermair
*1980 in Moskau, RU, lives and works in Vienna, AT, since 2004
Ekaterina Shapiro-Obermaier studied at the Academy of Fine Arts in Vienna. She works very versatile, but always regards to graphics. Abstraction and minimalism, but also interactions of forms and politics, or ideologies are themes of her artistic approaches, which she also translates into sculpture and installations. Most recently, in 2018, Shapiro-Obermaier received the state scholarship for fine arts from the Federal Chancellery of Austria.

Bianca Tschaikner
*1985 in Bregenz, AT, lives and works in Bregenz, AT
Bianca Tschaikner is an female illustrator, graphic artist and storyteller. She studied printmaking at the Scuola Internazionale of Arte Grafica Il Bisonte, in Florence, Italy and at the Accademia Belle Arti in Macerata, Italy. In her numerous journeys, e.g. through Middle Eastern countries, she explores cultural and social structures, the sociallife of women and illustrates her impressions in small-scale drawings, watercolor-paintings and prints. In 2016 Tschaikner wrote her first graphic novel SAVARI. An illustrated journey through Iran and India. Her work has been published in magazines such as VICE and Harper's Bazaar India, as well as in The Guardian and the Austrian weekly newspaper FALTER. 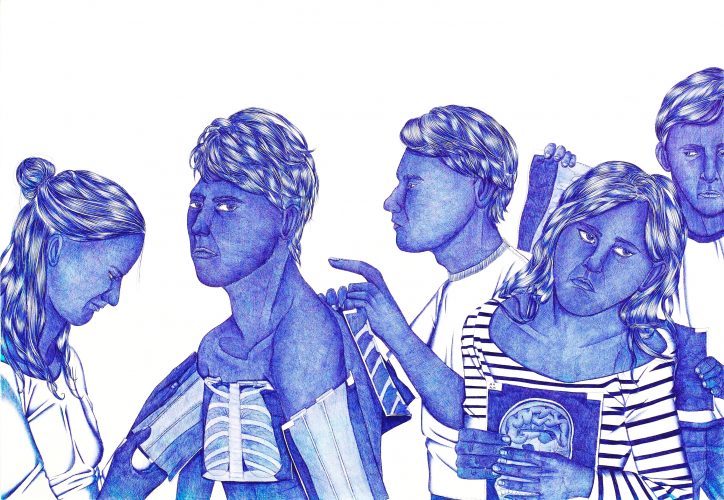 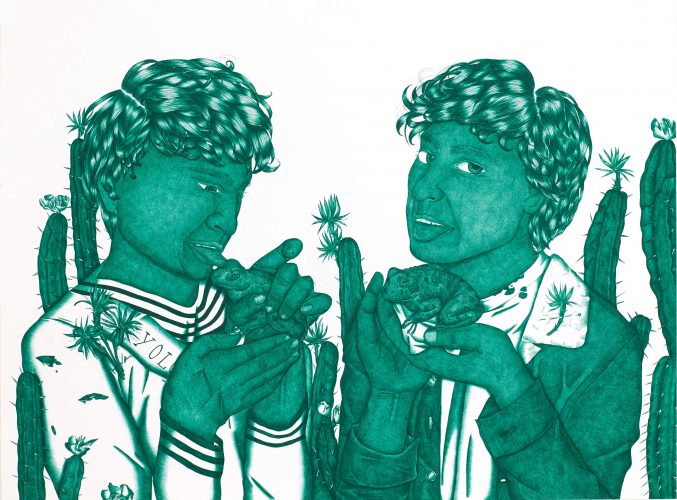 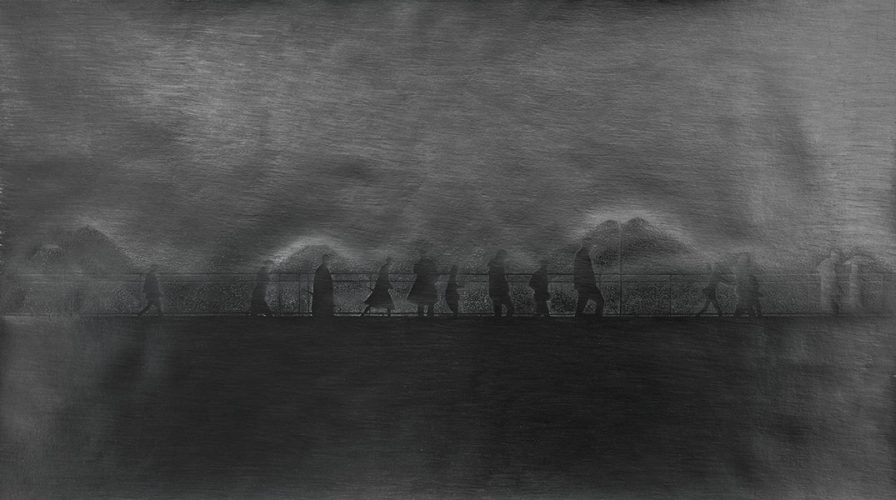 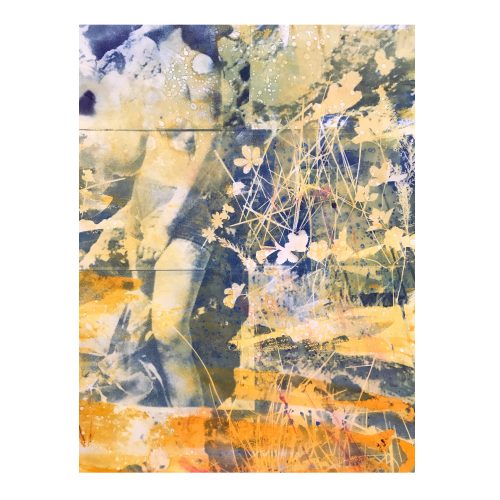 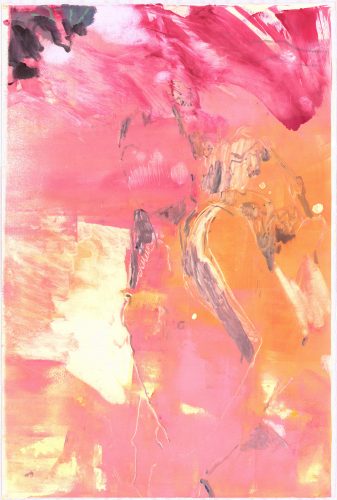 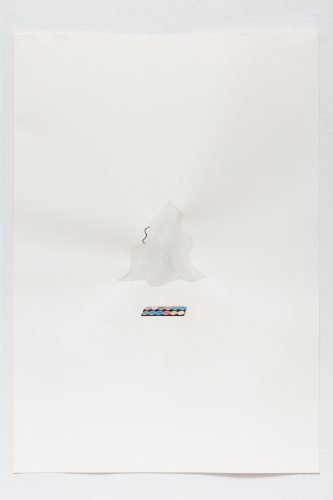 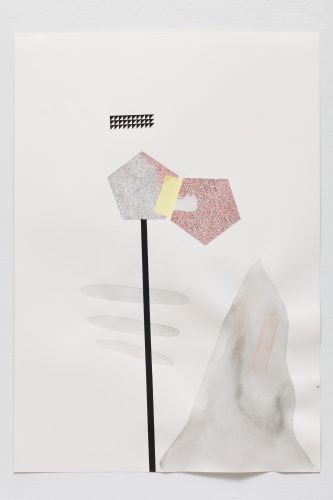 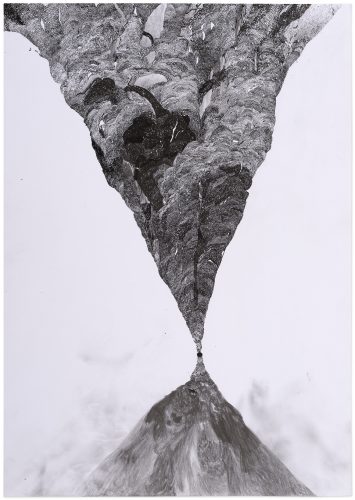 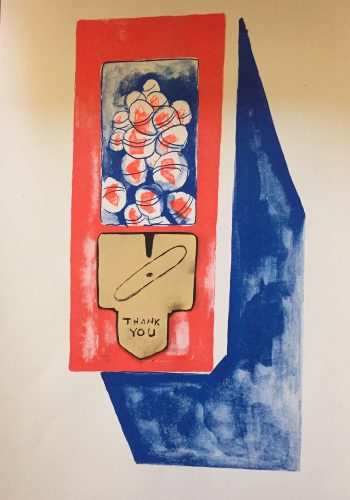 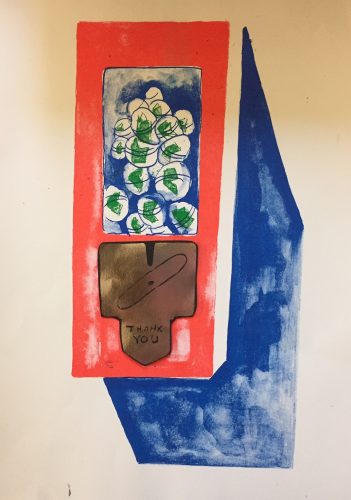 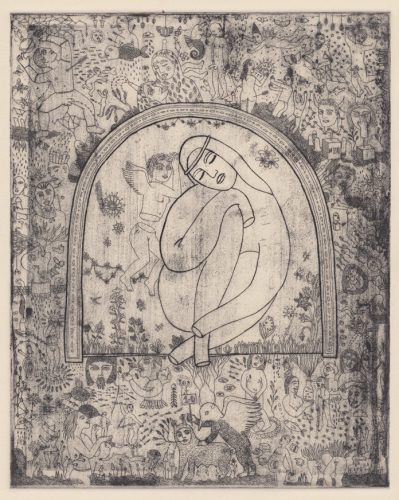 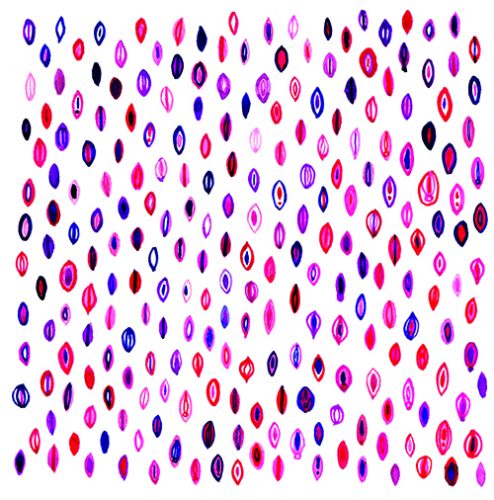