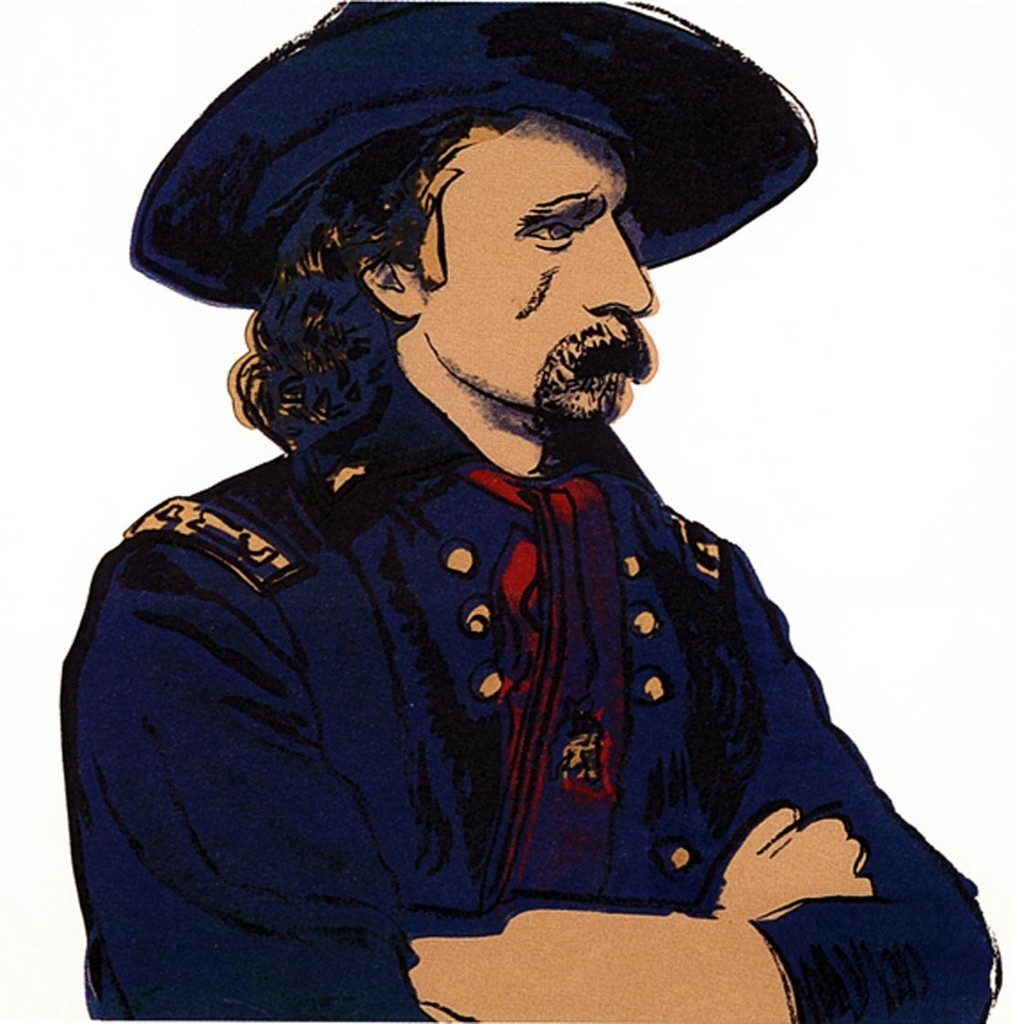 What you should know about (I): General Custer by Andy Warhol

What you should know about (I): General Custer by Andy Warhol

General Custer, from the series “Cowboys and Indians”, 1986, screenprint on Lenox Museum Board, 91,4 x 91,4 cm, unique, stamped on versy by AWAAB

In 1986, shortly before his death in February 1987, Andy Warhol produced the “Cowboys and Indians” portfolio, consisting of ten motifs in silkscreen, each in an edition of 250. Based on historical photographs, they show, among other motifs personalities of US history, such as the Sioux leader Sitting Bull (*1831, South Dakota, USA – †1890, Standing Rock Indian Reservation, USA), the Bedonkohe Apache Geronimo (*1829, Municipio Arizpe, MEX – †1909, Fort Sill, Oklahoma, USA), General Custer (*1839, Ohio, USA – †1876, Little Bighorn, Montana, USA), or even the film legend John Wayne (*1907, Iowa, USA – †1979, Los Angeles, USA). All of them stereotypes and characters charged by our Western legend-making that shape the collective memory. Warhol juxtaposes these cult figures with the historically processed truth. Our “white” myths thus confront historically documented reality. General Custer is juxtaposed here with the symbolic figures and heroes of the resistance. Absurdly, they were still romantically stylized during the attempt to eradicate their cultures, as feathered and nature-loving warriors. From the series of “Cowboys and Indians” we currently offer the portrait of General Custer. This is a so-called trial proof, a proof print by Warhol outside the published edition. The special feature of this unique print is the different color scheme compared to the series. The trialproof is therefore rare on the art market and very sought after. George Armstrong Custer was a general in the U.S. Army and fought in the American Civil War and the Indian Wars, the brutal military conflicts against the Native Americans. On June 25, 1876, General Custer was killed in battle at Little Bighorn, a river in Montana. His troops were opposed by 2,000 warriors from the Sioux, Latoka and Cheyenne tribes, who outnumbered the cavalry for the first time. Their leader was Sitting Bull, also portrayed by Warhol in the series. Andy Warhol was fascinated by the US iconography that influenced his childhood. Genres such as the Western in the film industry or literary legends influenced him. He collected, manically, numerous Western movie posters and autographs of Hollywood stars for his archive. The portfolio of “Cowboys and Indians” thus became one of the most significant in his oeuvre. 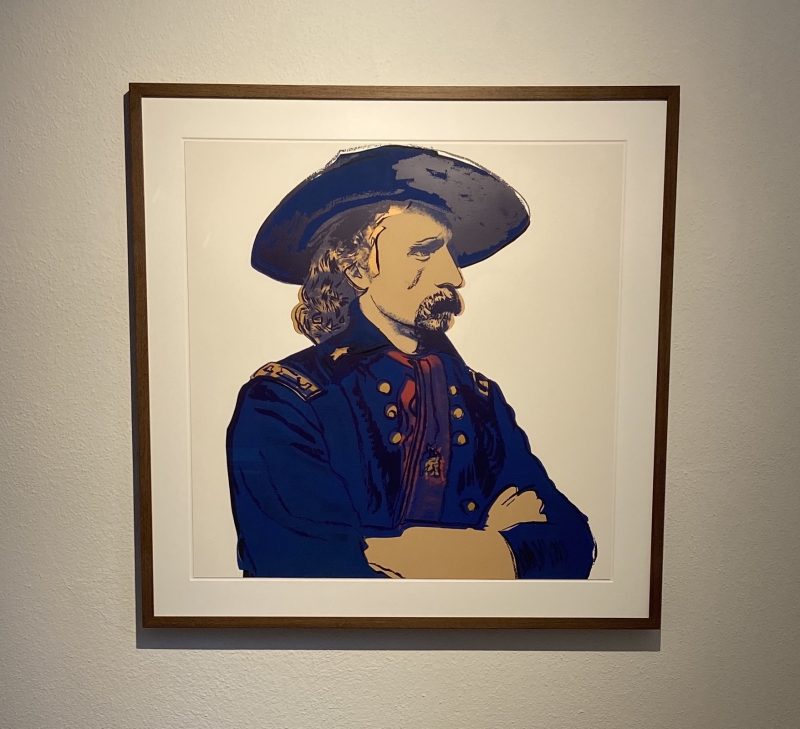 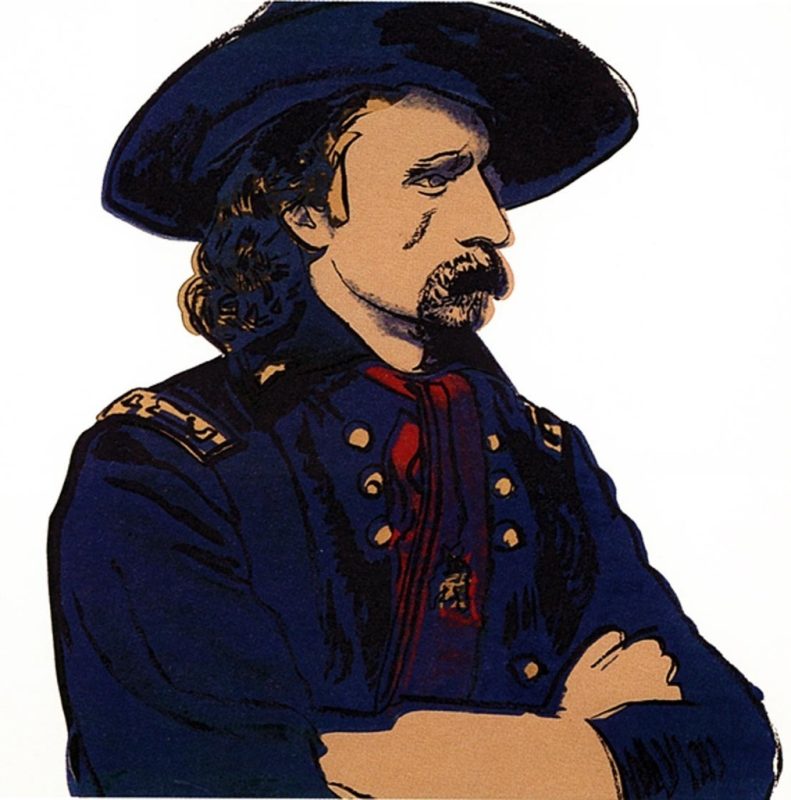