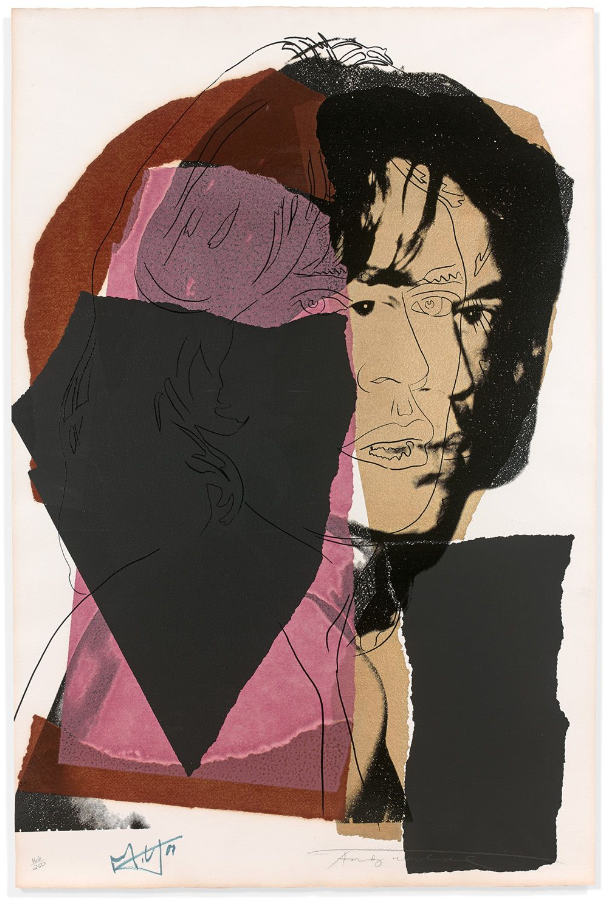 What you should know about (II): Mick Jagger by Andy Warhol

What you should know about (II): Mick Jagger by Andy Warhol

In 1975 Andy Warhol produced an extraordinary silkscreen series of Mick Jagger (*1943, Dartford, Kent, GB). It shows various portraits of the frontman of the British rock group The Rolling Stones. The ten-part series, with an edition of 250 copies each, is originally signed by both Warhol and Jagger. The two artists left their mark on a wide variety of New York scenes at the time. Mick Jagger was a regular at Warhol’s Factory.

Andy Warhol shot the Polaroid originals for the series at Jagger’s estate in Montauk, a town on Long Island, in New York State. The Rolling Stones were rehearsing there for their US tour at the time. In the instant camera photos, in addition to Jagger’s distinctive facial features, such as his high cheekbones or full lips, he also focused on his naked torso. He produced many classic portrait views, frontal, three-quarter profile, and other poses. Copies of the Polaraoid photographs from various angles were used for the silkscreen series. Over these, Warhol superimposed silhouettes of Jagger drawn on foil. To emphasize the Polaroid character, golden and colored squares are found in different perspectives on the silkscreens. In this way, photos, drawings, and colored areas merge into a single motif.

Andy Warhol captured the spirit of optimism and the zeitgeist of the 1970s in the portraits of the rock star, thus achieving rarity value for this outstanding series of works. 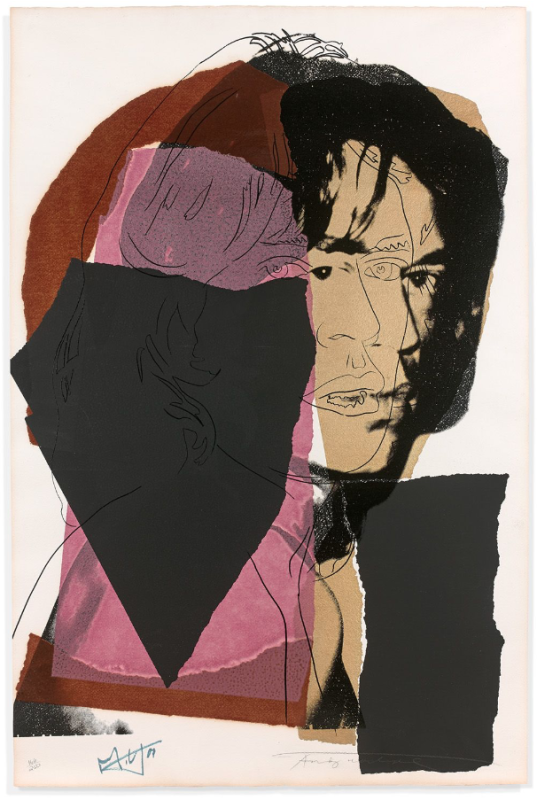 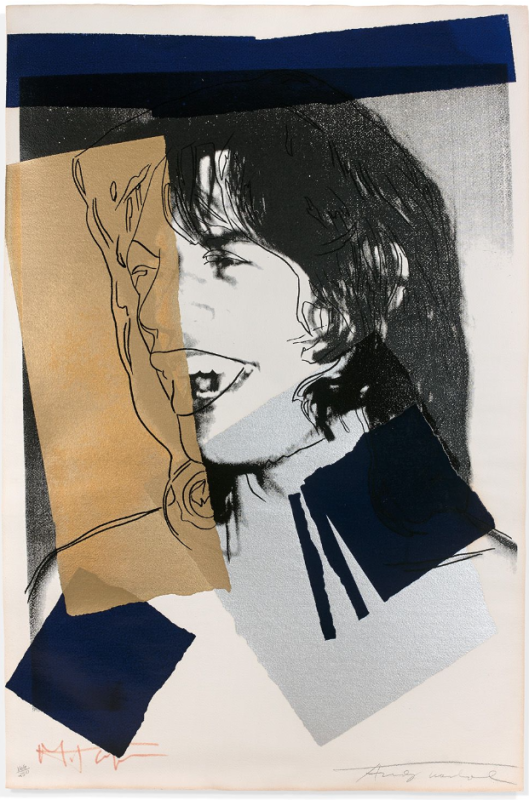 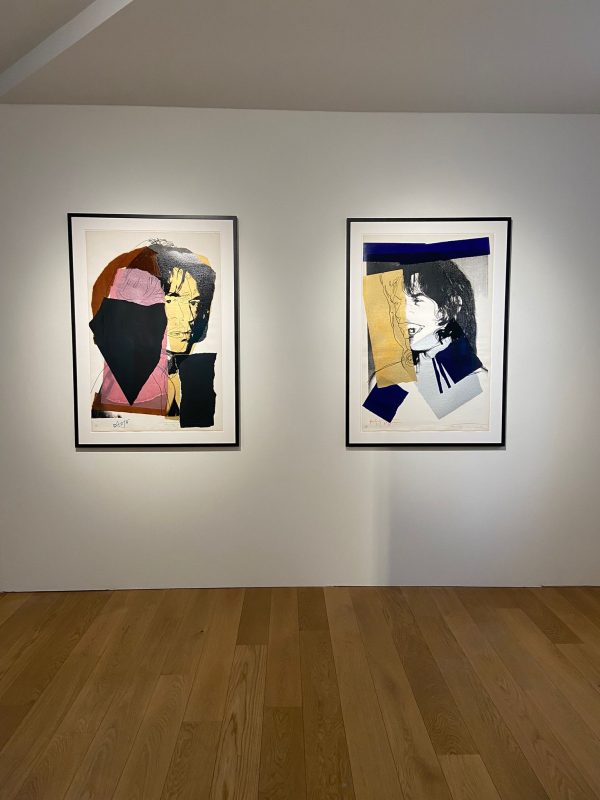