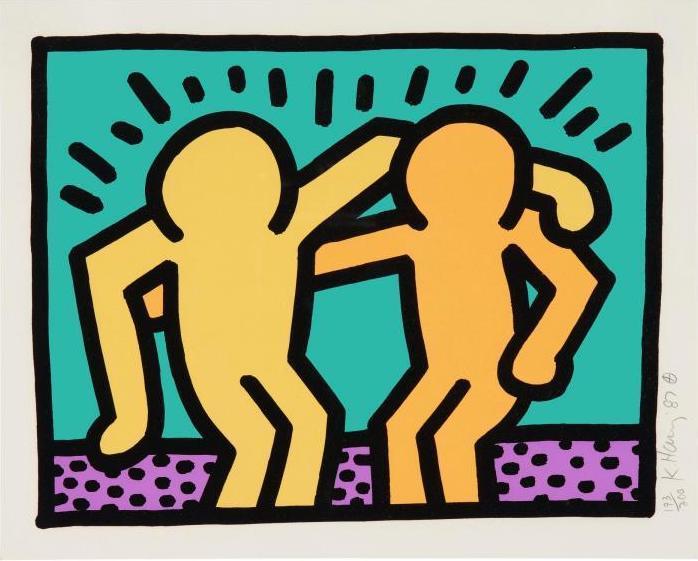 Keith Haring’s childhood was strongly influenced by comics, cartoons, and mass culture. His work was strongly influenced by graffiti. Not least because of his drug experiments, he had a vision of a re-structured universe. This vision is recognizable throughout his life and in his entire oeuvre. Early in his artistic career, his chalk drawings and various icons, such as the baby with the beam, became his trademark. His style is characterized by simplicity, clarity and speed. With great energy and assertiveness, Haring was able to draw attention, especially by means of his allegorical figures. He quickly became a star and “enfant terrible” of the art scene at the same time. Starting from 1985, Haring’s “bright world” (Kenny Scharf) began to darken due to the growing risk of AIDS. Personally affected by the illness, Haring hurled himself tirelessly and obsessively into his artistic work. 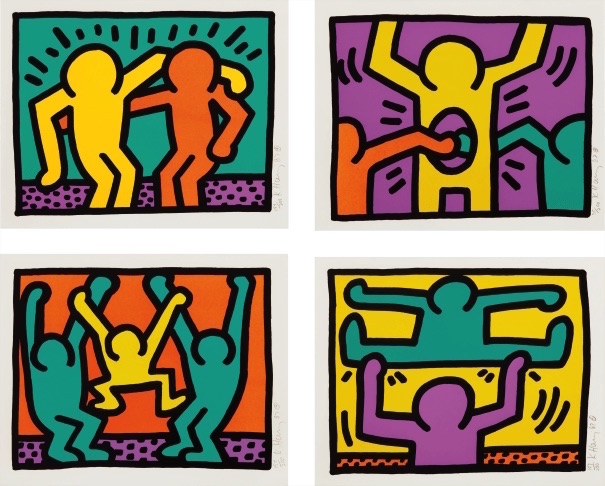