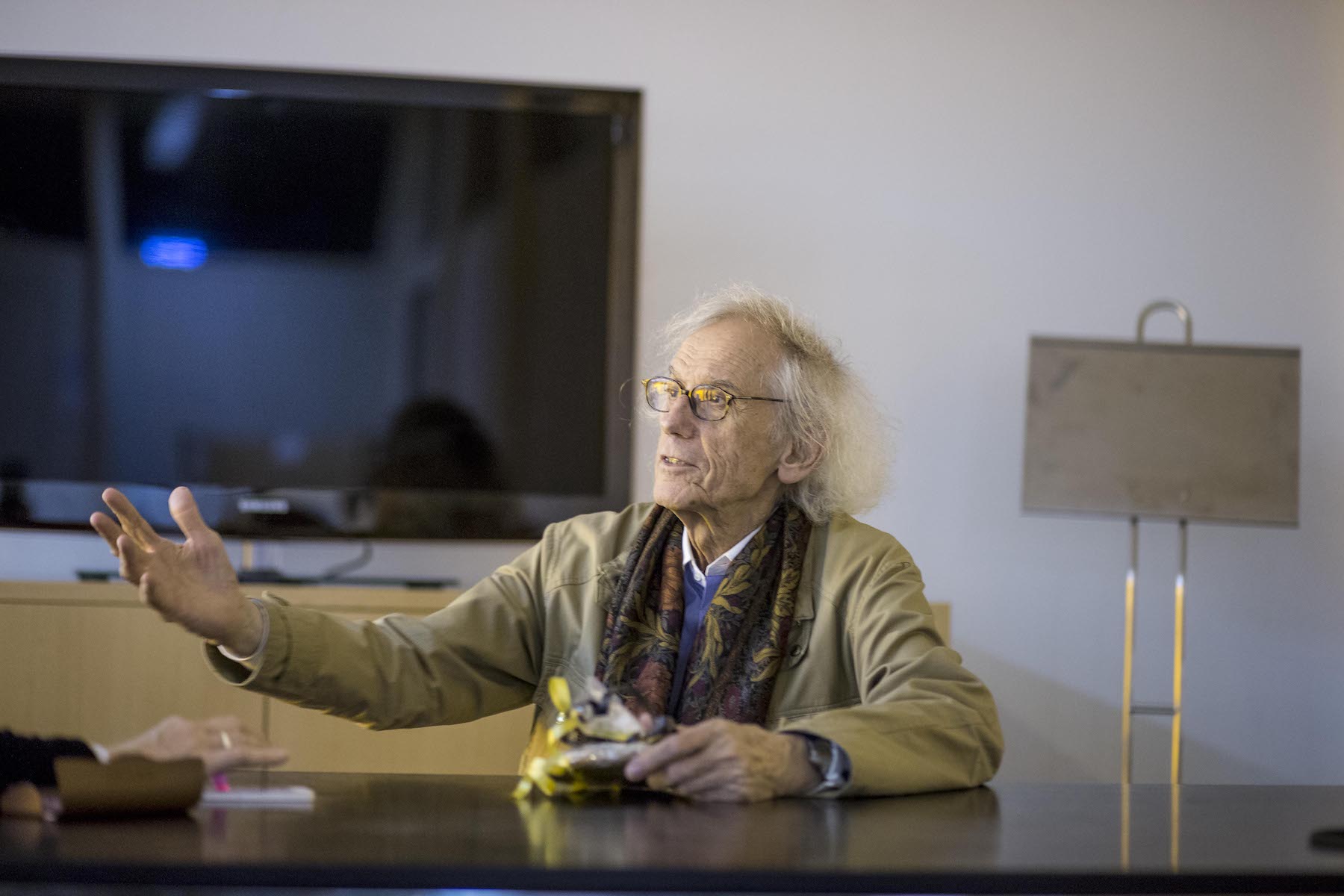 At the beginning of the summer festival Gallery 2CforArt in Salzburg is opening the next exhibition with collages, drawings, photographs and limited editions of Christo on the occasion of the artist´s 80th birthday. The opening will take place on Friday, July 17, 2015 on 06 pm.

The couple Christo and Jeanne-Claude (1935-2009) is one of the most famous artists worldwide. Their large-scale projects, such as the Wrapped Reichstag in Berlin or The Gates in New York’s Central Park found worldwide attention. On the other hand many of their projects were not realised because politics did not allow them or because of other reasons. The artists created limited editions exactly for these unrealised projects. The results are autonomous works of art which remember in detail the developed project and process sample materials, drawings and photographs.

Concealing, not packing! This is the artists´ vehement response if someone describes their work incorrectly. For both the term concealing does not only refer to the mechanical act but rather to an aesthetic approach. Paradoxically one could describe it as visualisation. As soon as Christo & Jeanne-Claude wrap a place, a building or an object and obstruct its view, they provoke our memory exactly to this place, that building or object.

Even today art psychologists and art historians discuss the public perception of their artistic work. Christo & Jeanne-Claude have never worked for the upper class. Nevertheless they feel very often called upon to pass judgment on the artists´ work. For their project Wrapped Reichstag Christo & Jeanne-Claude have been working for almost 25 years. Finally even a decision of the German Bundestag was necessary, otherwise the event would not have taken place, Without any doubt it was one of the most impressive art events of the last century, also with regards to media coverage. The occasional rejection and the frequent discussion are even more surprising if you take into consideration that the vast majority of projects bring only temporary changes. Moreover the artists commit themselves to use recyclable materials and to fund the projects out of pocket instead of using any public funds. At the end they restore the original state of places or buildings

Christo´s & Jeanne-Claude´s art is popular in the best sense of the word. This means anyone can afford one of their works, because he needs to do just to look! The photographs, graphics, paintings and collages are like anchors which enable us to hold our feelings forever. On the other hand, in addition to the great visibility many works touch also social issues. So their project The Umbrellas from 1991 was also a political work with a huge influence on the public discussion. Thus it makes clear that Christo´s and Jeanne-Claude´s work cannot be seen as orchestration for the media and it is not part of modern fun and event culture. At the bottom line there is a serious and very genuine aesthetic standard behind Christo´s and Jeanne-Claude´s art. 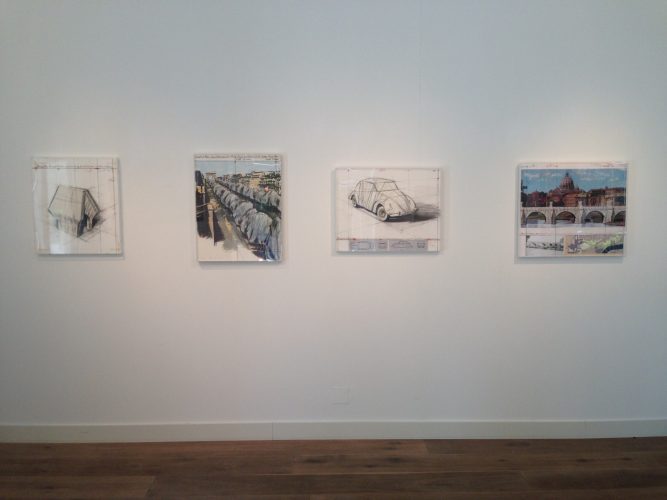 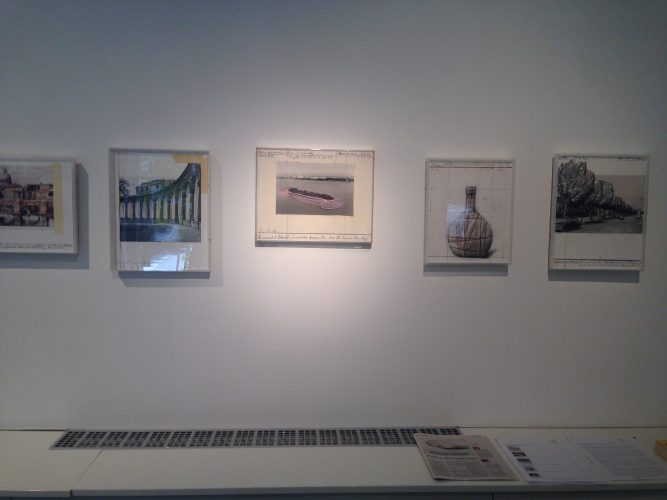 Installation view »
We use cookies to ensure that we give you the best experience on our website. If you continue to use this site we will assume that you are happy with it.Ok