From 20 January Gallery 2CforART in Salzburg presents works by Florian Fausch. The opening will take place on Friday 20 January 2017 from 06pm. The artist will be present.

Undoubtedly Florian Fausch’s paintings and drawings are utopian architectural landscapes whose rules work according to their own laws; They are places and non-places that revolve around the concept of the image. Familiar and at the same time so strange, they invite the viewer to lose their open eye in the picture space. There is not only up and down, right and left, a foreground and background in the deserted, enigmatic paintings and paperworks. Interiors meet up with glass fronts, stairs meet up with high-rise facades, mountain chains meet up with potted plants. Landscape and interiors are fanned out and split. They intertwine with each other into something completely new. Clearly defined sharp lines define architectural elements which, in turn, are lost in abstract motifs. This creates a simultaneity of different levels and modes of painting.

Florian Fausch’s works move on the line between figuration and abstraction. The edgy forms recall the cutting techniques of collages or stencils used for geometric compositions. Florian makes use of the collage technique to compose his works, but in a contemporary form. Magazines, computer games and the Internet with their gigantic archive of images serve as a fundus. As a so-called “digital native”, he does not only look for motifs in the Internet, but also uses the electronic possibilities as a working instrument for image composition, which is partly created on the computer and is transferred onto the canvas or the paper in a further step . During the painting process, the appropriated fragments interweave with own ideas; Reality and utopia merge into a dynamic overall effect.

In Florian’s works, architecture becomes the abstraction of color. Spatiality and depth effect arise from the conscious use of an unusual contrasting luminous color palette, but also through the special painting method. The artist applies the oil color in thin, transparent layers one above the other so that the different layers are perceptible. In some places, the canvas still glimmers through and gives a glimpse of the grounding. Through the color layers with their vacancies, the image becomes comprehensible in its physicality. At the same time, the painter succeeds in creating an illusionistic effect with the image construction, so that actual space encounters simulated space. His compositions testify to a specific interest in the marginal zones of painting.

Florian Fausch was born in 1981 in Zurich. He graduated from the Academy of Fine Arts in Düsseldorf with Prof. Anzinger in 2008 with a masterclass award. 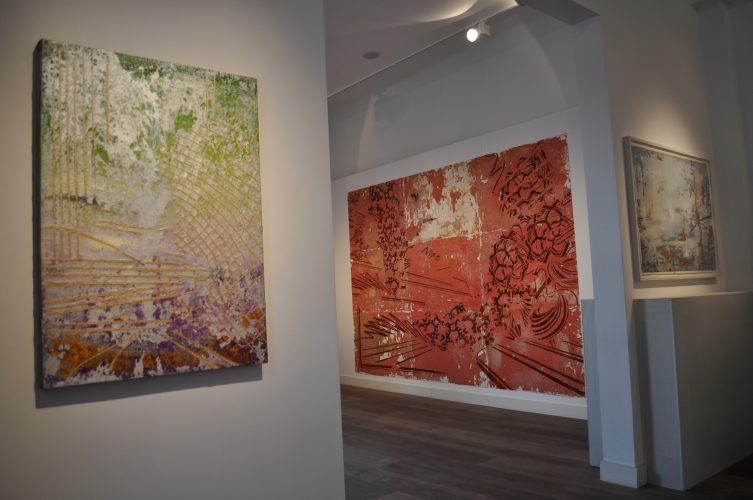 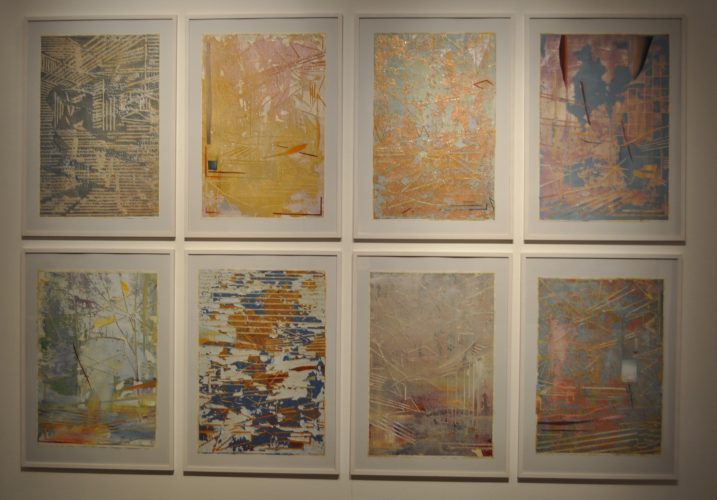