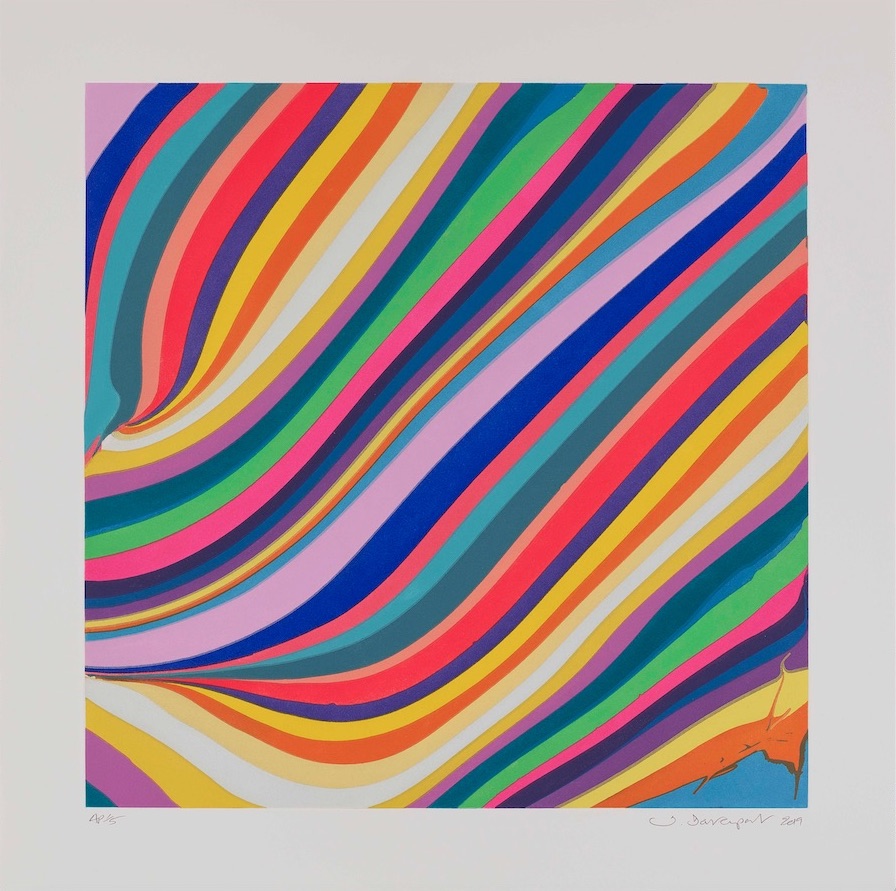 This year's annual exhibition is titled Revue, featuring works by outstanding contemporary artists and masterpieces from the most famous figures in pop art, among them a unique screenprint by Andy Warhol.

A highlight of the show is the portrait of Johann Wolfgang von Goethe by Andy Warhol. This work from 1982 is because of the motif highly relevant for European collectors. The unique piece was probably one of the first attempts to a portfolio of four screenprints and is implemented in the usual artistic language Warhol used. Warhol was inspired to produce this trial proof during his stay in Frankfurt, Germany, in 1980. He was commissioned to produce a portrait of the German publisher Siegfried Unseld. Unseld took him to the Staedel museum and there showed him Johann Heinrich Tischbein's famous masterpiece "Goethe in the Campagna" from 1786/87. Warhols trial proof print documents a unique work which reflects color and compositional changes.

Contemporary artworks are as well on display in this year’s annual exhibition. To look back on this sucessfull year, works by Birgit Graschopf, Römer + Römer and Deniz Alt are also shown. With their works artists like Tina Graf, Inga Hehn, David Meran, Julian Khol or Rita and Martin Pöll refer furthermore to the upcoming season.

The gallery is very pleased to include also works by the renowned ceramic artist Barbara Reisinger. Her works have been exhibited in European and international museum shows and are represented in collections such as the MAK in Vienna or the Salzburg Museum. In 2020 Gallery HAAS & GSCHWANDTNER is starting to take an inventory of her (unpublished) works and the biographical material in order to prepare an retrospective in 2021.